Letters from the Island – Foreword 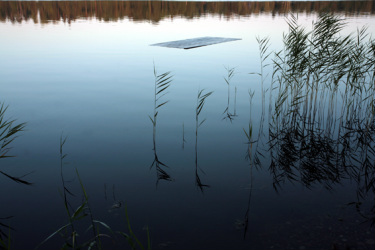 ”When I was a child growing up in different parts of the world, I could turn on the shortwave radio wherever I was and listen to the familiar voice of Alistair Cooke reading his Letter from America, broadcasted by the British Broadcasting Corporation (BBC). For fifty-eight years this Englishman broadcast his thoughts about events from the vantage point of his adopted home, the United States, across the Atlantic and eventually to the world. His was the voice of confidence and original thinking that one never tired of listening to. When Alistair Cooke retired and his letters stopped broadcasting in 2004, I felt as though I had lost a friend.

Two years later I received a letter from Nordstjernan’s Managing Editor Mette Barslund Mårtensson. In it she asked whether I could consider writing a monthly column for Swedish-America’s oldest newspaper which has enjoyed a loyal following since 1872. What would I say? Initially, I resolved that I would use the column to promote the ideas that I had written about in my first book, On My Swedish Island: Discovering the Secrets of Scandinavian Well-being (Tarcher Penguin) which had been published during the previous year. The book is about lifestyle and wellbeing the Nordic way.

What would I call the column? As I sat at my desk in my cottage on a small isolated Swedish island thinking about how to communicate with people I had never met who were an ocean away, I realized that it had to be in the spirit of the grand master, Alistair Cooke. Just as this Englishman had written back to his countrymen about life in the New World, I would write back to mine from the Old World. So it was that Letter from the Island was born.

From the very moment it came into print, Letter from the Island lived its own life. Rather than being the promotional tool that I had originally thought of, it became a means of reflecting upon the events happening around me in Sweden, on my island and in the other locations that I wrote from. Foremost it became a means of discussing what it means to live a good life wherever you are.

This question was constantly on my mind as a result of several factors. At a personal level, I had made a huge leap from being a cosmopolitan globe-trotter to living on the fringes of Europe’s last wilderness and raising a family. I looked at my life in a new perspective, raised question marks over it and worked on identifying values that I wanted to take with me after the years on the island were over. This was not an easy task because at a global level the world was changing so rapidly that it could be difficult to know what a good life was.

From this point of view, the column became my friend in the storm and, in the process it seems that it also became a friend for readers of Nordstjernan. The enthusiastic and glowing reader letters came in from the Nordstjernan office in Connecticut, USA and by e-mail directly to me. I was surprised, delighted and inspired. To me the experience of writing this column is a great example of the way that you can plan to your heart’s delight, but never really know what is going to happen next.

The first Letter from the Island was published in September 2006. This collection includes the thirty-seven pieces that were written up to December 2009. The columns are written from different locations but always in the spirit of the original island in Lake Mälar, Stockholm’s inland lake system which offers a rich tapestry of history and nature.

During some of the winter months I wrote from a cabin at the snowy Swedish-Norwegian border. Once I wrote from thirty-thousand feet in the air over the Atlantic. In the 2009 columns I wrote from our new home which is closer to the city and in an equally fascinating location in the old living quarters of the craftsmen serving the royal palace at Drottningholm which dates back to the 17th century. The columns trace a move from living in a timeless wilderness to living in an area infused with high culture, ever conscious of history and time.

The original island is now my summer home yet from an emotional perspective it is simply ‘home’. It is my wish that these columns will impart to all readers that strong feeling of familiarity, ease and confidence that we associate with the idea of being at home.